How Campers Benefit From Unplugging

One of the most common questions we now get from prospective campers is “is there wifi?”  No, we say.  There is no cell service, and no wifi.  “I’m not coming then, I have SnapChat streaks to keep up” was the response more than once.  I couldn’t believe that kids would rather stay inside on their phones that try all of the new things that camp has to offer.

Really, we are lucky not to have constant internet connection at camp.  When we can’t connect to the internet, we have an easier time connecting to each other.  It’s been ten years since smart phones were first introduced and now they’re everywhere.  There’s no denying that they make communication, entertainment, and even education extremely convenient.  But there’s a hidden cost to all of this information and communication at our fingertips.  The social media apps we all access on our smartphones are designed to be addictive.  According to a Guardian article from November 2017, Facebook was created to consume as much time and attention from its users as possible.  There are many downsides to constant use of social media and smart phones.  These include increased anxiety, decreased social connection, poor sleep, and reduced attention span.  These symptoms are visible even in young children.  The Canadian Pediatric Society recommends ‘unplugging’, or spending a period of time without screens, each day to combat these problems.  At Cedar Ridge, we promote an environment free from digital devices and our campers benefit from them in many ways. 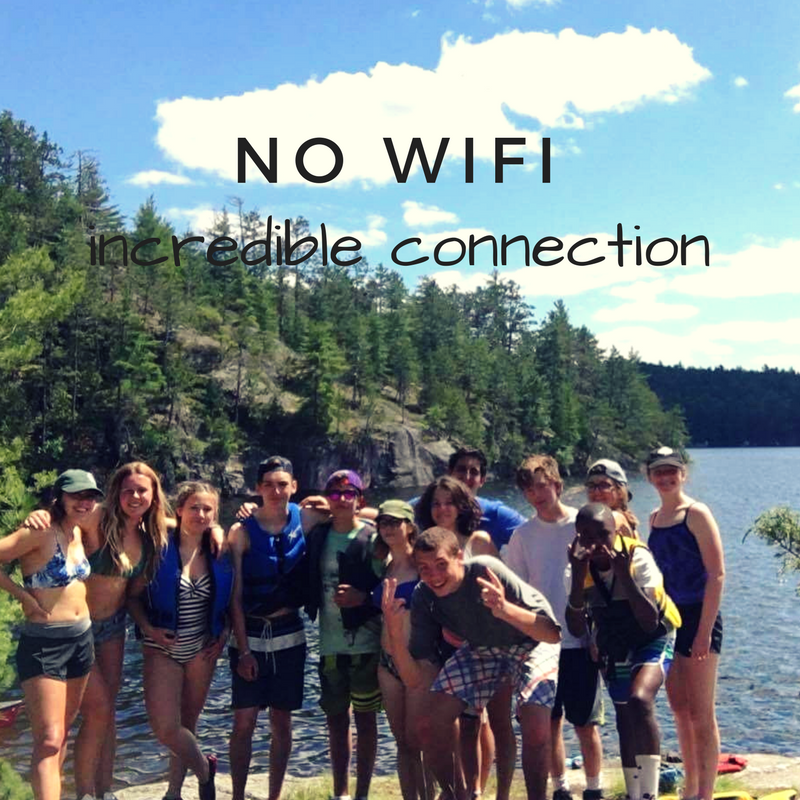 The Canadian Pediatric Society has linked screen time to childhood obesity, sleep deprivation, aggression and reduced attention span in children.  The light from screens has been shown to disrupt sleep patterns.  The constant pinging of notifications interrupts sleep cycles.  Social media apps, which are designed to be addictive promote screen time to the detriment of time spent outdoors and being active.  On the other hand, time spent being active and outdoors, as at camp, has been shown to have the opposite effect on children’s health, mood, and attention.

Lowered Anxiety
Many studies have found links between social media use and low self esteem, depression, and anxiety.  This comes from comparing one’s life to the inauthentic, perfect images shown on social media, and linking one’s self worth to the number of likes a post receives.  A network of real world social connections, however, has an overall benefit to a person’s mental health.

Meaningful Connection
One of the most important parts of the Cedar Ridge philosophy is living together comfortably.  This means that we must be able to communicate with each other genuinely and effectively.  Multiple studies have shown that the mere presence of a smart phone or digital device can be detrimental to the quality of interaction between two people.  In a device-free environment, campers are able to give their full attention to each other and the world around them.  This creates a friendship that is more meaningful and lasts longer than a SnapChat streak.

In our device-free environment, there’s no wifi but we promise you great connection.